Skip to content
Home/Uncategorized/Silencing Your Inner Critic
Previous Next

Being tough on yourself, especially when you’ve gone in the wrong direction, can make you stronger. But when you can’t turn that voice off, it can limit your potential. Fortunately, there are proven ways to retake control.

Just minutes into her interview at the white-shoe law firm, Elena heard the voice, that voice, in her head. They see right through me. Biting the inside of her cheek, she gazed at the faces around her. I’m not one of them, it said. I’m a lightweight. It struck Elena, a recent law-school graduate, that she was the only woman in the room with the dark wood paneling and marble floors, the only face that might not belong in a colonial-era portrait gallery. She fumbled through the next three questions.

By the 30-minute mark, Elena was able to slide in a mention of her rank at the top of her class and her hands-on experience in immigration law. At last, her confidence was kicking in. That’s when a partner in a blue pinstripe suit waved Elena’s résumé in the air, and in a carefully neutral voice asked, “How wonderful that you’ve been involved in pro bono work for Honduran immigrants. Is that where your family’s from?” Unsure of his intentions, Elena gulped and nodded. That was an unlawyerly response, her inner voice complained. Now I’m definitely not going get a call back.

The second Elena stepped out the door, her internal critic was all over her. I’m blowing this, it said, and built a persuasive case for why her future in law wasn’t going to pan out, including a rehash of all the blunders she’d made in the last few interviews and the time her torts professor only half-jokingly told her that she was too emotional to be a litigator. I’m done.

Like many accomplished people, Elena feels she owes a lot to her inner critic. Her self-discipline, she believes, comes from the “succeed or suffer” mentality of that driving, sometimes derogatory taskmaster. The critic helped her win cross-country races, become the first in her family to go to college, and to pass the bar exam. It helped her seek out the support of teachers and bosses in the same way she always sought the approval of her ambitious, hard-driving mother. Most important, from Elena’s perspective, it has always helped her home in on her faults and weaknesses before others detect them.

But over time, the self-critic can take a toll.

Your Own Worst Enemy? 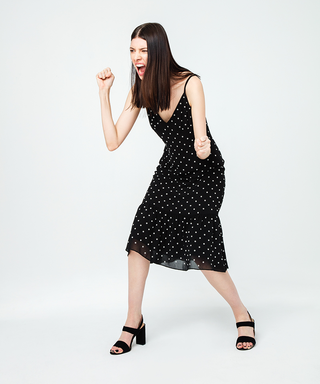 “You can’t ever stop ‘cracking the whip’ on yourself for fear that if you don’t, the disapproval and rejection that seems imminent will become your reality,” explains psychologist Leon Seltzer of Del Mar, California. “The stress is unremitting.” As a result, “When you do something well, you won’t jump for joy but merely breathe a sigh of relief: You’ve escaped from being criticized or censored.” But that relief lasts only until the next expectation presents itself. It’s the perfect setup for anxiety and depression.

About the Author: Shawn Michaud